Within the same tank there are acid-producing bacteria that dissolve these substances and process them into low-molecular-weight organic acids. The pre-fermented substance is then transported to 4 subsequent fermentation tanks where the methane production takes place. The obtained biogas differs from natural gas because of its methane percentage (65 to 70%) and the presence of a small amount of hydrogen sulphide which is responsible for the smell. The gas will be collected in a reservoir from where it will be sent to the CHPs (Combined heat and power generators) for coversion into electricity. The induced power will be converted into 10,000 Volt by means of high-voltage cabins before it ends up in the power network.

An ingenious process converts the residue, called digestate, into a dry secondary waste product that will be sold to third parties. Hence, Biofer does not produce waste of its own. 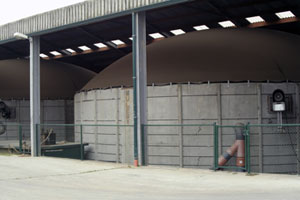 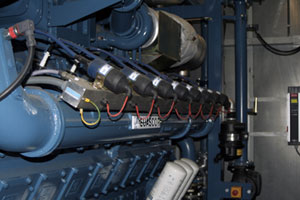